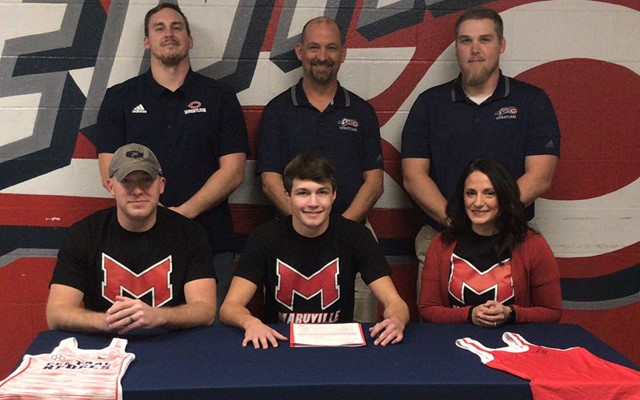 (Park Hills) One of the best wrestlers in Central High School history has decided where he will take his talents next year.

He says familiarity with the program and their family environment drew him to join the Saints.

Willis has had a bevy of coaches who have helped him develop his abilities on the mat over the years.

However, he adds that one coach stands out among the rest – his first coach – his dad.

There is no disputing just how great Willis has been in his time with the Rebels’ wrestling team, and the record book is all the evidence needed.

He says while every record carries great significance to him, there is one that he is most proud of.

Willis spent his time wrestling with the Rebels between 132 and 145 pounds.

He joins a Maryville wrestling team that consistently ranks in the top 25 in the country in NCAA Division II.