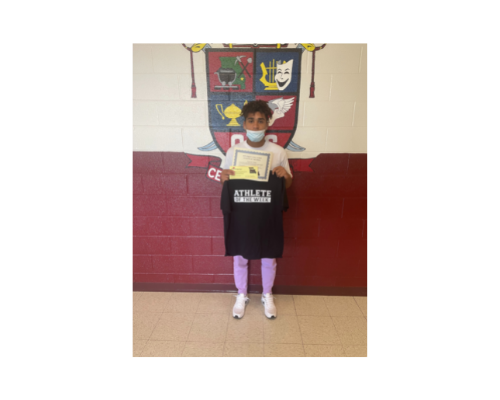 (Park Hills) Central football star Dayshawn Welch was named our Applebee’s of Farmington Athlete of the Week. The senior running back ran for five touchdowns and 166 yards on just six carries in the Rebels’ 70-0 win over Cuba last Friday, setting the Central single-game records for touchdowns and points. But Welch says he couldn’t do it on his own.

In four games this season, Welch has 13 touchdowns and 671 yards while averaging 14 yards-per-carry. Welch feels pretty good whenever he steps onto the field.

Schweiss believes the talent Welch possess mixed with the rest of the offense’s success this year is a perfect blend.

The 3-1 Rebels take on the 1-3 Potosi Trojans this Friday on J-98. The Fliegs Equipment Pregame Show starts at 6 with kickoff set for 7 Friday night.