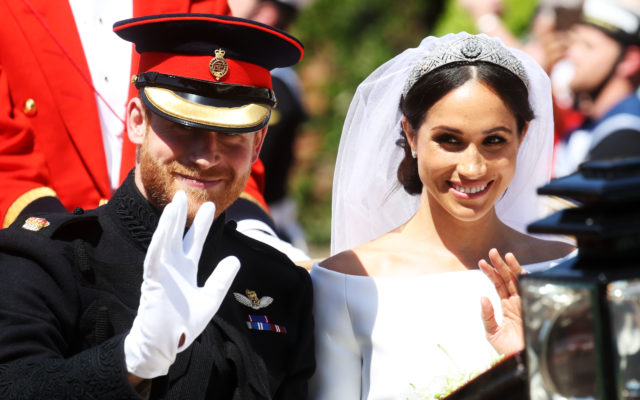 WINDSOR, ENGLAND - MAY 19: Prince Harry, Duke of Sussex and the Duchess of Sussex in the Ascot Landau carriage during the procession after getting married St George's Chapel, Windsor Castle on May 19, 2018 in Windsor, England. (Photo by Chris Jackson/Getty Images)

(Washington D.C.) Congressman Jason Smith of Salem is asking the British government to stop Prince Harry and Megan Markle from interfering in the U.S. presidential election.

The Missouri Republican claims the couple is using its foreign titles to campaign against President Trump.

He wrote a letter noting the Duke and Duchess of Sussex have recorded a political ad urging people to register to vote so they can “reject hate speech, misinformation and online negativity.”

Smith suggests they could be stripped of their titles, duties, and privileges.