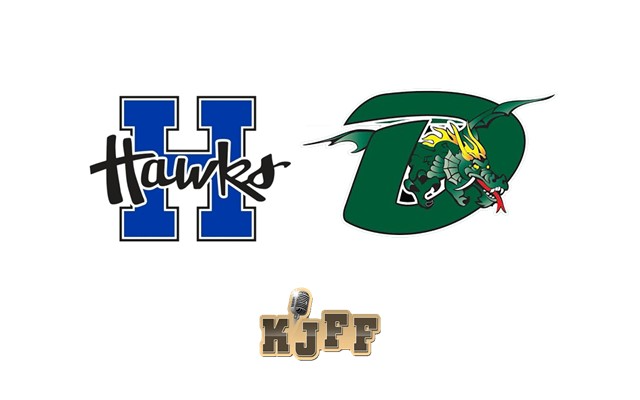 The DeSoto Dragons continued what’s turning into an excellent baseball season by winning both games of a conference-opening doubleheader against the Hillsboro Hawks Friday night on KJFF.

DeSoto won the first game 6-2 by racing out to a 3-0 lead in the first 2 innings and making the lead stand up thanks to some great defense.

DeSoto doubled the lead with 3 runs in the fourth, and starting pitcher Hunter Dil went the distance, allowing 8 hits and 2 walks while striking out six.

But his defense continued to back him up all throughout the evening.

Nick Krodinger went 3-for-3 at the plate and had 2 runs batted in to go with his defense at shortstop, and he was named the Applebee’s of Farmington Player of the Game.

In game two, DeSoto won 8-6, racing out to a big early lead.

Hillsboro would make a furious rally, but Dragons senior left-hander Ethan Sampson recorded a four-out save and struck out three to shut the door.

DeSoto head coach Matt Buechting said the urgency of his older team is what drives them to find any way to win.

Hillsboro opens 0-2 in the JCAA Large-School Division and is 1-7 overall.