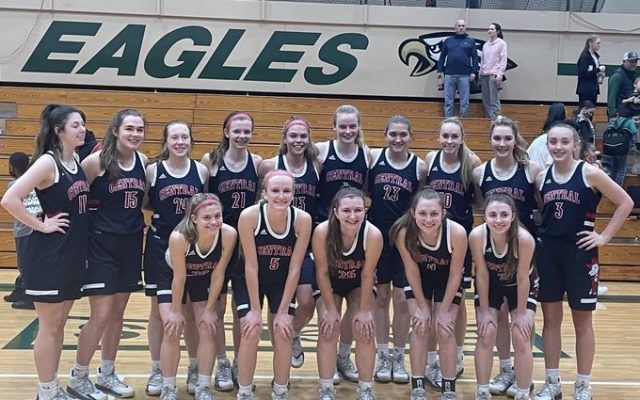 (Park Hills) It may not have been a pretty start for the Central Rebels girls basketball team, but they are moving on to the Class 4 Quarterfinals after they beat New Madrid County Central tonight 65-51 on the MyMoInfo SportStream.

The Rebels trailed 25-17 after the first and 36-28 at halftime, but what they accomplished in the third quarter was miraculous.

Central outscored the Eagles 19-0 in the third frame and lead by nine after the third.

A big part of the third quarter was senior standout Sophia Horton.

Horton would continue her scoring onslaught into the fourth.

Sophia Horton would finish the game with 44 points in the contest and was named our Applebee’s of Farmington Player of the Game.

Rebels head coach Josh Mapes says they made a change at halftime which led to holding New Madrid scoreless in the third.

New Madrid County Central’s season comes to an end at (20-4).

The Central Rebels improve to 20-4 and will play Vashon (19-1) in Park Hills on Saturday.

That game will be broadcast on Regional Radio at 12:45.