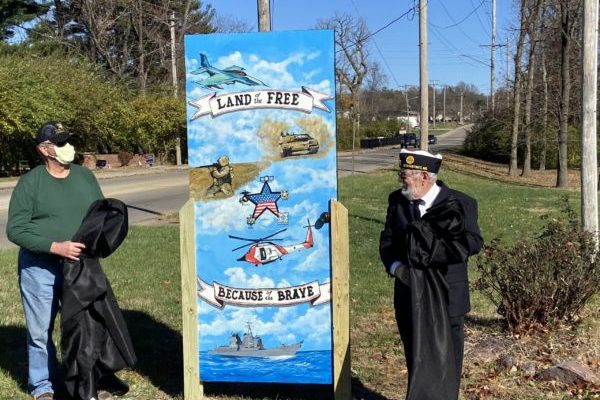 (Farmington) Veteran’s Day was made a little more special today with the unveiling of a special piece of artwork at the Farmington American Legion Post. It’s part of a new program by the Farmington Regional Chamber of Commerce called Doors On Tour, featuring the work of local artists at different locations. This one was done by Steve Warren of Farmington and is title Land of the Free, Because of the Brave. Warren describes his work.

John Kramer is the Senior Vice Commander of the Farmington American Legion. He says they’re honored to be able to display this artwork at their post.

The post is located off of Columbia Street in Farmington. It’s one of a number of pieces of art on display throughout the city as part of the chambers Doors On Tour program. 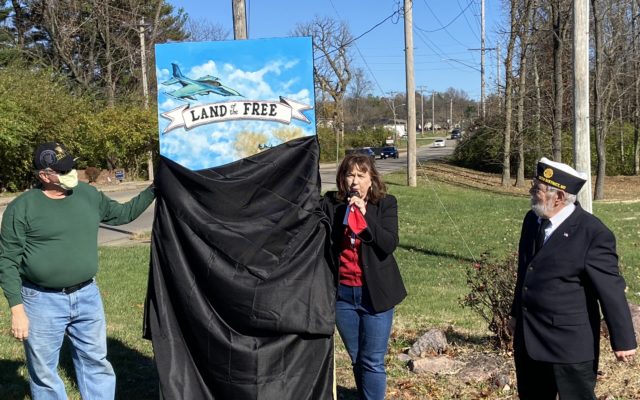 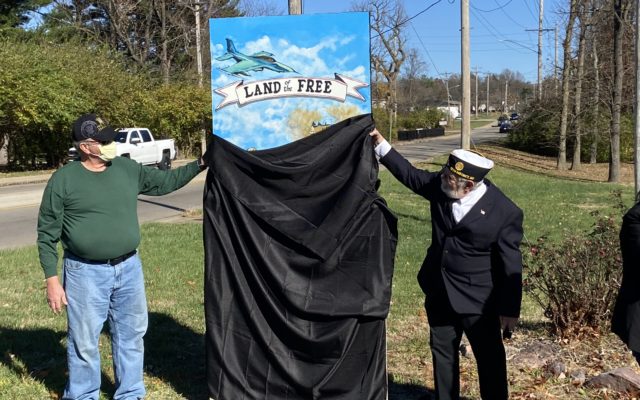 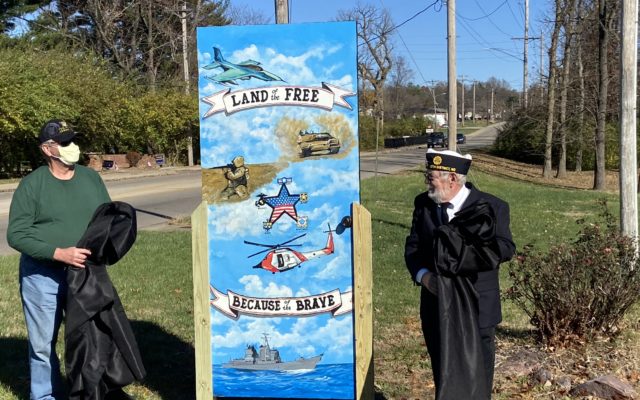 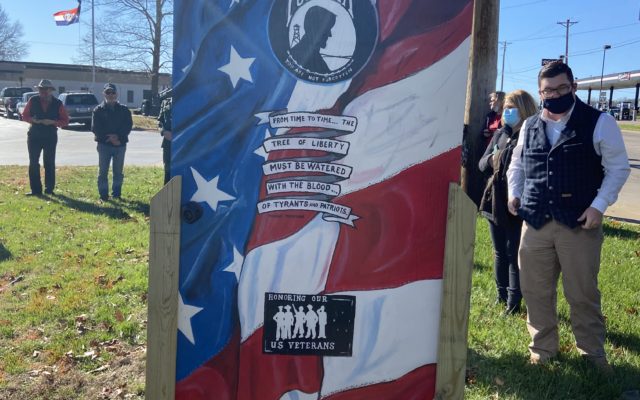