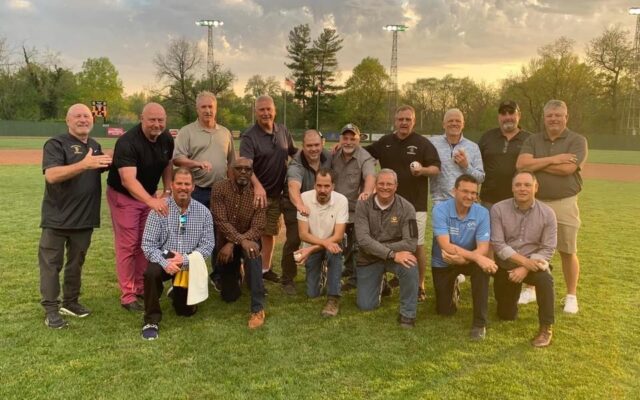 (Farmington) The Farmington Knights fell in the the second game of their wood bat tournament, but split the night by honoring their 1983 state championship team. On the field Farmington lost to Hazelwood West 14-2. Sophomore lefty Braiden Boschen went the distance for the Wildcats, giving up five hits, but only only walking one. Meanwhile his offense supported him by scoring in five of the six innings played. Designated hitter Tyler Whitworth went two for three with a double and a three run blast…

Farmington falls to 6-10 on the season. Hazelwood West improves to 9-10.

Prior to the game the school honored the 1983 state championship baseball team, the only title team in program history. The Black Knight media class produced a recap of the title game complete with the original play by play audio. All the players and coaches received championship rings and then the old guys threw out simultaneous first pitches to the current players. 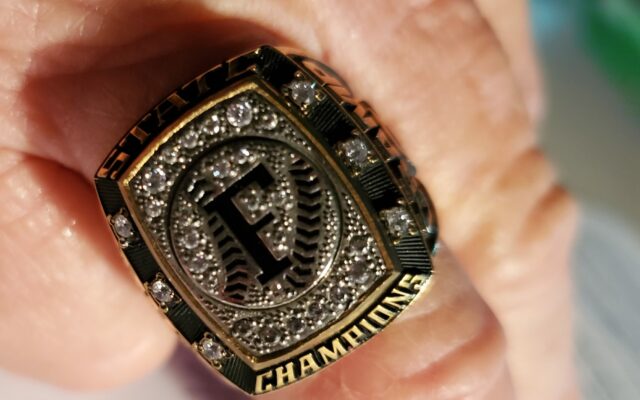 Farmington beat Duschesne on a walk off walk to win the 83 title 7-6.