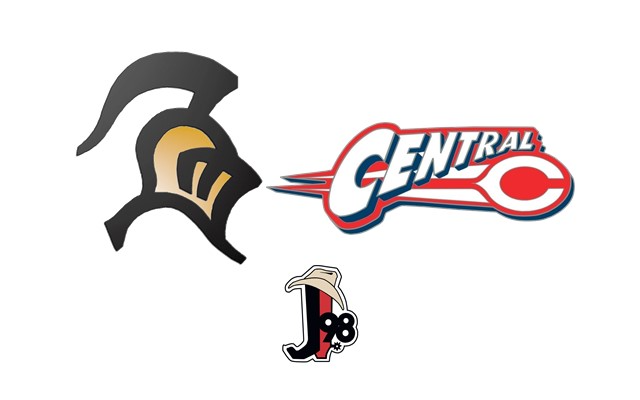 (Park Hills) In the final game of the regular season, it’s a rivalry between two schools only 15 minutes apart. The 7-1 Central Rebels host the 3-5 Farmington Knights on AM-800 KREI. It is a tie-breaker of sorts as both teams have won three games in their past six meetings. Farmington Head Coach Erik Kruppe says this rivalry is built on respect.

Central Head Coach Kory Schweiss says he and his players share the same sentiment. Week 9 is always circled on the Rebels’ schedule.

The Rebels bolster one of the best offenses in the area led by our Applebees of Farmington Athlete of the Week Wide Receiver Jobe Bryant. Bryant has 46 catches for 590 yards and 7 touchdowns while rushing for 461 yards and 7 touchdowns. While Bryant is a dynamic playmaker on the offensive side of the ball, Central has many more weapons to choose from. Coach Schweiss says it’s a little difficult for everyone to get touches.

For Farmington, it’s been a difficult road to Week 9. 6 of their 9 opponents this season have offenses that score at least 30 points per game, and 4 of their losses came from teams with a winning record. Coach Kruppe says having such a tough schedule will prepare his players for the upcoming district tournament.

Central vs. Farmington starts with the Fliegs Equipment Pregame Show at 6 with kickoff scheduled for 7 on AM-800 KREI.