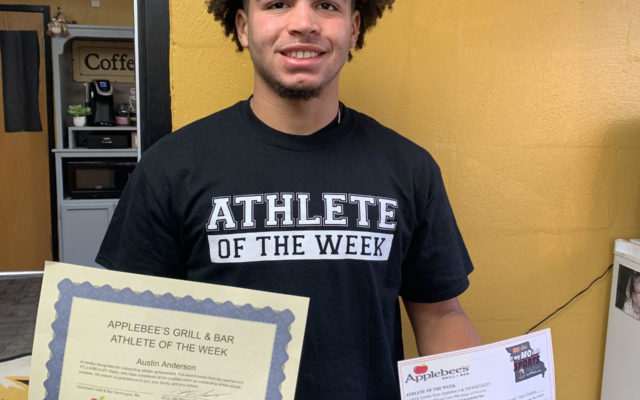 (Festus) Festus Tigers senior Austin Anderson has not had a big hand in his team’s offense over the past few years.

But he’s seizing the spotlight in his final season on the football field, and now he’s the Applebee’s of Farmington Athlete of the Week.

Anderson rushed for 226 yards and 2 touchdowns in the Tigers’ 42-13 win over Sullivan on Friday.

He says new head coach A.J. Ofodile has instilled confidence in him that he can have those type of big games.

Anderson is off to a hot start to the season, adding on to a Week 1 performance where he scored 3 TDs in a win against Ste. Genevieve.

But he wants to share the love for his play.

As Athlete of the Week, Anderson receives a T-shirt, a certificate and a coupon good for one free entree at Applebee’s in Farmington.

To hear the full interview with Austin Anderson, click play below.