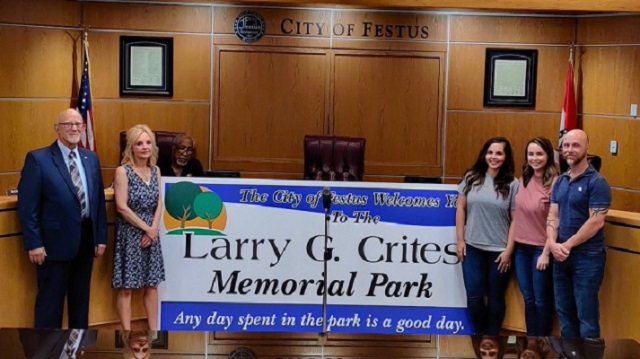 (Festus) On Monday night, the Festus City Council voted unanimously to change the name of West City Park to Larry G. Crites Memorial Park in honor of the longtime park superintendent. Festus Mayor Sam Richards says it seemed very fitting to honor the man who worked for the city for well over 30 years.

Mayor Richards says Larry Crites was also instrumental in the process of the city purchasing the land and building it up to what it is now.