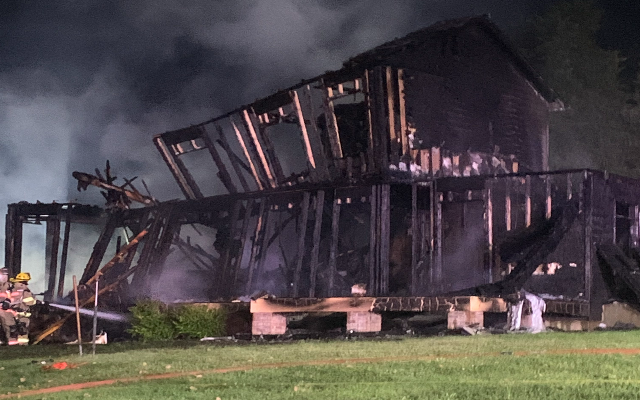 (Jefferson County) Firefighters with the Jefferson R-7 Fire Protection District and surrounding agencies responded to the 3100 block of Plattin Road south of Festus in reference to a 3 alarm residential fire.

The blaze was under control within 30-45 minutes after fire crews arrived on scene with the last truck leaving shortly before 7 Monday morning.

The house is considered to be a total loss.

The cause of the fire is undetermined but not suspicious. The Missouri State Fire Marshal’s Office is investigating.