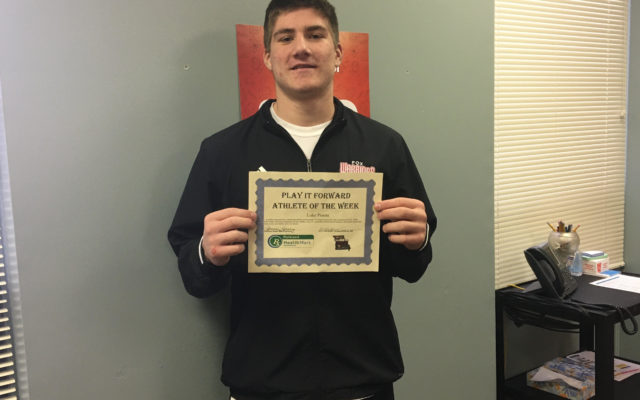 Fox junior boys basketball forward Luke Pisoni had a week to remember, pulling down an impressive 45 combined rebounds in 2 wins for the Warriors and earning the Parkland Health Mart Pharmacy “Play It Forward” Athlete of the Week.

Pisoni set a school record with 28 rebounds in an overtime win over Affton, then put a double-double with 15 points and 17 rebounds in a victory over Northwest.

But Pisoni says what mattered most was getting the win in both games.

Pisoni averages 9 rebounds per game, so he says cleaning the glass is something that just comes natural.

Pisoni says his coaches, led by head man Mike Wilken, have him well prepared each game.

Pisoni helped Fox improve to 7-13 and snap a 5-game losing streak with last week’s wins.
As the Athlete of the Week, Pisoni receives a T-shirt and a certificate.
Parkland Health Mart Pharmacy will also donate $25 in Pisoni’s name to the Jefferson County Relay for Life.

To hear the full interview with Luke Pisoni, click play below.