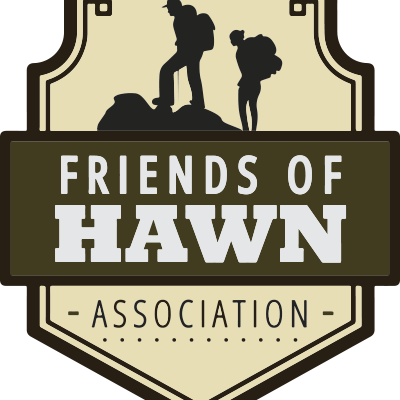 The Organization “Friends of Hawn” State Park in rural Ste. Genevieve County stand firmly against the installation of a sand mine by Nexgen Silica, but have dropped their opposition to the company’s land reclamation permit in exchange for contractual assurances by the company for light and noise pollution measures. Here’s our interview with the President of the Friends of Hawn, Kim Gordon.

The following is the Friends of Hawn press release on the agreement.

FRIENDS OF HAWN ASSOCIATION SECURES PROTECTIONS
FOR HAWN STATE PARK FROM NEXGEN SILICA, LLC
Sainte Genevieve, MO. – The Friends of Hawn Association announces that it has reached a
settlement with Nexgen Silica, LLC in connection with the Friends of Hawn Association’s challenge to
the Missouri Mining Commission permit issued for the proposed sand mining facility along Highway 32.
When the Friends of Hawn became aware of Nexgen’s proposed Sainte Genevieve sand mine, the
organization was deeply concerned about the impact to Hawn State Park and the other natural areas from
the potential impacts of this facility. The Friends were also concerned about the State of Missouri’s ability
to reclaim the affected lands if Nexgen did not fulfill its state obligations to return the affected land to its
natural character when the mine is closed.
Accordingly, the Friends of Hawn challenged the Missouri Department of Natural Resources’
issuance of a Missouri Mining Commission permit for the site. While the Friends of Hawn respect
MDNR’s mission and its personnel, we disagreed with the decision to issue the permit in light of the
record available to us and our concerns about the site.
While our challenge to the mining permit was pending, the Friends and Nexgen engaged in
discussions regarding our concerns related to the eventual land reclamation issue as well as the mines
impact on local light and noise pollution. During our discussion, Nexgen committed to binding itself and
its successors to commitments above and beyond what MDNR could have required of them. As such we
were able to reach an accord with Nexgen with regard to the land reclamation permit.
The settlement requires Nexgen to:
• Ensure additional resources are available to reclaim the affected land by increasing the surety
bond amount from the statutorily required amount of $61,500.00 to $200,000.00 prior to
removing any overburden from the site. This increase cannot be used to cover expansions of
the permitted area in the future. This amount will be secured and bound to the State of Missouri
so it will be available to MDNR to reclaim the site should Nexgen be unable or otherwise fail
to fulfill this obligation.
• Address light pollution through the use of outdoor lighting fixtures at the site that are designed
and positioned to prevent glare and light pollution. This includes parameters preventing the
use of harsh ultra-white/blue light often seen at commercial sites in these exterior
fixtures. Also, Nexgen has agreed the light produced cannot spill over into neighboring
properties or public rights of way or result in glare visible from off site.

• Limit noise pollution by restricting its blasting activities to Monday through Thursday and only
during a 6-hour window (9:00am and 3:00pm). Nexgen will be allowed to engage in blasting
activities on Fridays during the same hours during its first 90 days of operation only. The only
exception to this restricted schedule is in the event of an emergency which was included out of
concern for the safety of Nexgen’s employees.
• Further abate noise pollution through the construction and maintenance of an earthen berm of
at least 30ft in height between the facility and Highway 32. Native Missouri tree species will
be planted along the top of the berm and between the berm and Highway 32 with sufficient
density to further reduce noise from the facility.
The Friends of Hawn respect and appreciate Nexgen’s willingness to discuss and respond to these
concerns. We believe the obligations imposed on Nexgen through this settlement will benefit Hawn State
Park, surrounding natural areas and the local community should the proposed mine be developed.
We are pleased to have been able to secure these commitments and conclude our challenge to the
issuance of Nexgen’s mining permit. We recognize this settlement does not resolve all of our concerns
regarding the proposed facility, for example, we continue to have concerns regarding the yet to be issued
permit from the Water Protection Program and the effect on area water resources. Accordingly, the
Friends of Hawn will continue to monitor the process and raise concerns or legal challenges as it deems
appropriate.
Contact: Friends of Hawn Association, [email protected] (314) 884-1494