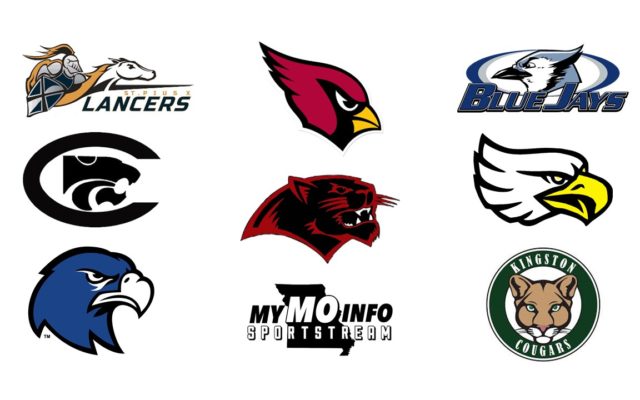 The first round of the Class 3 District 3 girls’ basketball tournament is in the books, as three of the 4 higher seeds won Saturday in Herculaneum.

The day started with the third-seeded Grandview Eagles knocking off the Jefferson Bluejays 55-24.

After Jefferson used a 5-0 run to close out the first quarter and make it a one-score game, Grandview started the second quarter on a 12-0 run and never looked back, thanks largely to senior guard Sarra Faust.

Faust finished with a game-high 21 points and was named Applebee’s Player of the Game.
Eagles head coach Steve Noblitt said his team finally found a point when they settled in.
Grandview improves to 16-7, while Jefferson’s season ends with a record of 13-13.
The Herculaneum Blackcats advanced to face the Eagles in the semifinals with a convincing 69-37 victory over the Kingston Cougars.
The second-seeded Blackcats cruised from the start thanks to junior forward Paige Fowler, who achieved a personal milestone.
Fowler scored 18 of her game-high 24 points in the first quarter on her way to Applebee’s Player of the Game.
Blackcats head coach Riley Blair said his team had great intensity from the get-go.
Herculaneum moves to 19-7 with the win, while Kingston goes home with a record of 10-16.
The most exciting game of the day saw the Cuba Wildcats become the lone lower seed to win and knock off the St. Pius Lancers 52-47.
Cuba led by two at halftime and, trailing late, got the big shots courtesy of freshman forward Abby Peterson.
Peterson netted a game-high 28 points to earn Applebee’s Player of the Game and send St. Pius home with just its fifth loss in a 20-win season.
Wildcats head coach Ryan Bobbit was effusive in praise of his young star.
Cuba wins for the fifth in its last 6 games to improve to 14-13.
The final game in the first round saw the top-seeded Steelville Cardinals cruise past the Bourbon Warhawks 49-17.
Junior point guard Alyssa Church was in a groove right away.
Church had a game-high 17 points and was named Applebee’s Player of the Game as the Cardinals improved to 21-5.
Steelville head coach Seth Collins said his team did all the things they wanted to do.
Bourbon’s season ends with a 6-18 mark.
The semifinals are now set, as Steelville will battle Cuba and Herculaneum takes on Grandview Tuesday night on AM 1400 KJFF.
To hear all the Class 3 District 3 game broadcasts, click here.