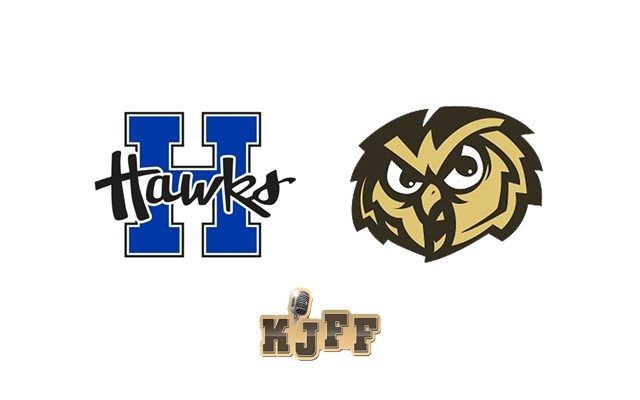 (Hillsboro) The Hillsboro Hawks and Windsor Owls bounced back from defeats earlier this week and moved on to the consolation game of the Steighorst Invitational Wednesday on KJFF.

Hillsboro started the night by cruising past the DeSoto Dragons 74-21.

The Hawks’ dynamic duo of guards did their thing.

But one of the Hillsboro big men made a big impact as well.

Junior forward Kieren Jones scored 11 of his 17 points in the first half and was the Applebee’s of Farmington Player of the Game.

While DeSoto drops to 1-6, Hillsboro has now won two of its first 3 games.

In the other matchup from the consolation bracket, Windsor knocked off the Northwest Lions 64-45.

It was a rough first half for both offenses, but the Owls got a pick-me-up from one of their seniors.

Nathan Beerman poured in 11 points off the bench.

While Northwest falls to 2-3, Windsor improves to 4-2.

The Owls will take on the Hillsboro Hawks in the consolation game of the Steighorst Invitational Saturday starting at noon on J98.