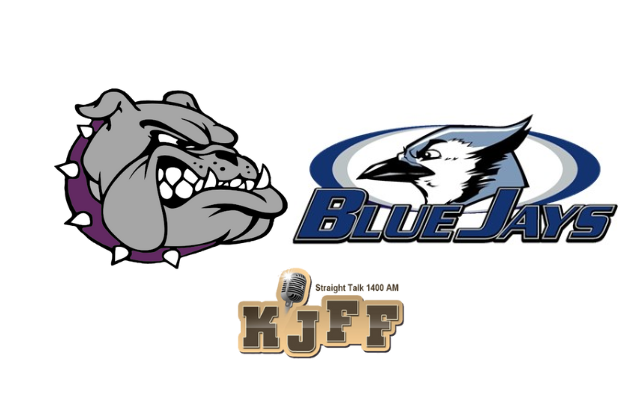 The Blue Jays led by as many as 15 points in the first half but watched their lead erode to two points as they were outscored by the Bulldogs 19-9 in the 3rd quarter. The Blue Jays had two players with 18 points, Max Schnitzler and Kaleb Weiler. Nate Breeze contributed 17 more. The high scorer for the Bulldogs was senior Chasten Horton who had 21.

Jefferson R-7 head coach Sean Breeze attributes the win to being victorious over Kingston last week. He says beating a good Kingston team has given his team a boost of confidence.

According to Breeze, the confidence leads to aggressive drives into the lane.

Jefferson R-7 improves to 5-10 while West County slips to 7-4.  Tough opponents are in line for both teams. Jefferson R-7 is off for the rest of the week, they will host Fredericktown on the 18th and they will have Herculaneum at home on Friday the 20th. West County meanwhile is on the road again Wednesday at Hillsboro and they will play at North County next Tuesday.