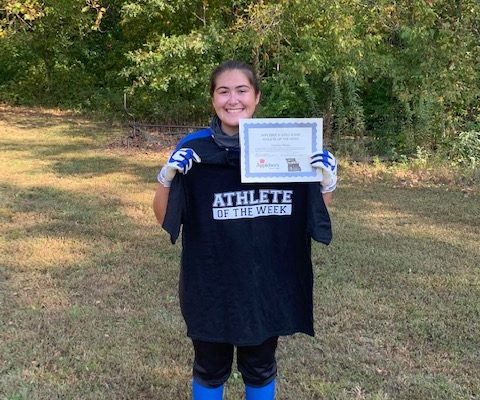 (Festus) Jefferson Blue Jays softball pitcher Cami Menke has been hoping there would come a moment where it all came together.

It seems like that moment has come, as she has earned Applebee’s of Farmington Athlete of the Week.

She says she thought something was coming with the bat, she just wasn’t sure how big.

Menke also earned a pitching win in the skid-stopping victory over Fredericktown.

But when it comes to hitting, she points to her all-state teammate Catryn Cattoor as her biggest motivator.

Menke finished with 9 runs batted in last week, bringing her season totals to a .500 batting average, 5 homers and 22 RBI.

As Athlete of the Week, she receives a T-shirt, a certificate and a coupon for good one entree at Applebee’s in Farmington.

To hear the full interview with Cami Menke, click play below.