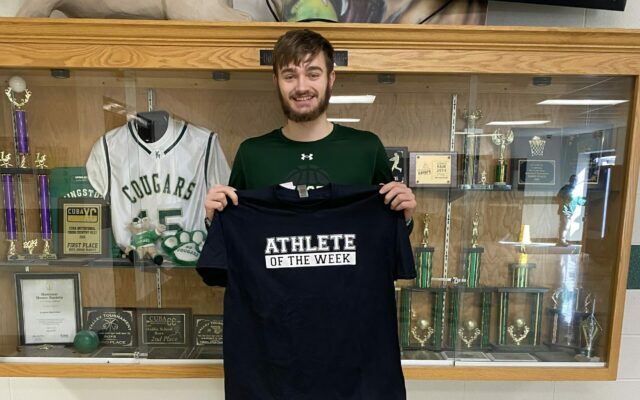 (Cadet) 6’5 forward for the Kingston Cougars Matthew Nelson is our Athlete of the Week, propelling his team to its first-ever district championship and cementing one of their best seasons in school history. In the Class 3 District 3 Championship Game against the Greenville Bears on Saturday, Nelson finished with 20 points, 12 boards, and 5 blocks. Nelson shares what his feelings were when cutting down the nets.

Nelson says that he and his team were locked in preparing for Greenville in the district championship game.

Practicing and mastering your craft is what separates good from great talent. For Nelson, this summer was filled with practice and training; getting him ready for his shining moment.

Nelson says that the reason this team has been able to achieve their goals this season is that they are constantly competing against each other.

Kingston plays Bishop DuBourg tonight in the Class 3 Sectionals from Parkway West High School in Ballwin. As Athlete of the Week, he receives a T-shirt, a certificate and a coupon for a free entree at Applebee’s in Farmington.