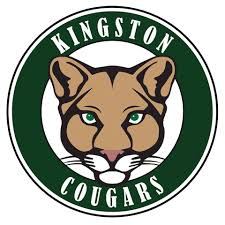 (Cadet) Kingston Cougars senior Matt Nelson is the Applebee’s of Farmington Athlete of the Week.

Nelson lead Kingston to its first-ever district championship in boys’ basketball this weekend.

The do-it-all big man finished with 37 points, 18 rebounds and 11 blocked shots in the 2 district games.

That includes 20 points, 12 boards and 5 blocks in the Class 3 District 3 championship game against Greenville.

Cougars head coach Paul Hamilton couldn’t overstate how important Nelson has been to reaching this accomplishment.

He’ll look to power the Cougars past DuBourg in the Class 3 state sectionals Wednesday.

As Athlete of the Week, he receives a T-shirt, a certificate and a coupon for a free entree at Applebee’s in Farmington.