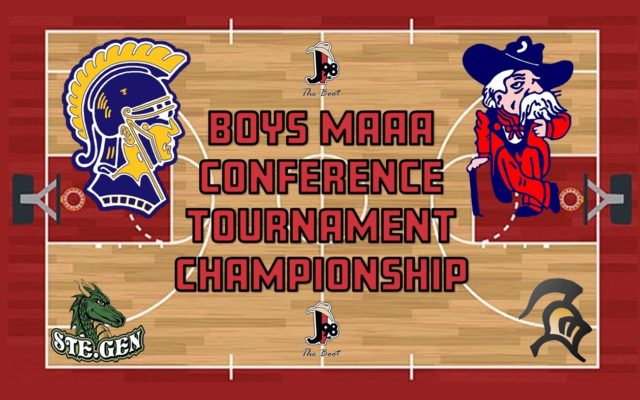 (Park Hills, Mo.) The boys MAAA Conference Tournament Championship is set and it will feature the #1 Central Rebels taking on the #2 North County Raiders tonight on J98.

Central was able to edge the Farmington Knights in the semifinals by a score of 69-64 while North County topped Ste. Genevieve by a final of 64-53.

These two teams squared off a week ago on February 8th and it was the Rebels who rolled to victory in that game by a final score of 84-53.

Despite that big win against the Raiders, Central head coach Allen Davis says North County looks like a different team even just a week later.

After Central dropped in 12 three pointers in the semifinal round against Farmington, North County head coach Jimmy Palmer says in order to win they will have to slow down the Rebels shooting from beyond the arc.

Coverage of the boys MAAA Conference Tournament Championship between Central and North County begins at 8:15 on J98.

We will also be carrying the boys MAAA Conference Tournament 3rd Place Game between #4 Farmington and #6 Ste. Genevieve.