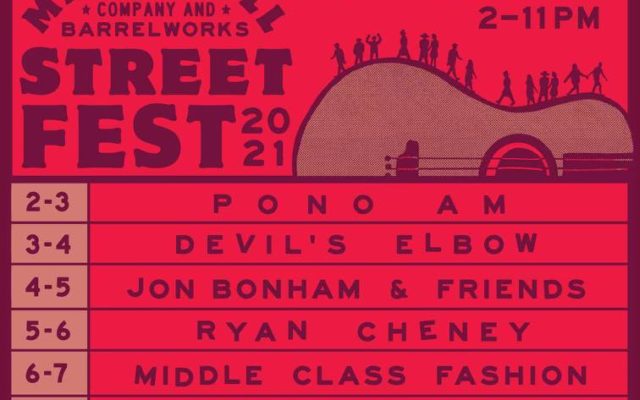 (Festus) Main & Mill Brewing Companies annual Streetfest is taking place in less than two weeks. The annual festival which will close down Festus Main Street featuring live music and craft beers was canceled last year due to the pandemic. Main & Mill owner Denny Foster says they are still keeping safety in mind without as many added events, but like before, a great lineup of music.

While they won’t be serving draft beers outside, they will have plenty of different Main & Mill canned beers.

The annual Main & Mill Brewing Company Streetfest will be held on Saturday, October 9th. The first band will hit the stage at 2 pm and the event continues throughout the afternoon and into the evening. Streetfest will close out with the music headliners with Logan Ledger playing from 7 until 9, and the Steve Ewing Band from 9 until 11. Ewing is the frontman from the popular St. Louis band The Urge.