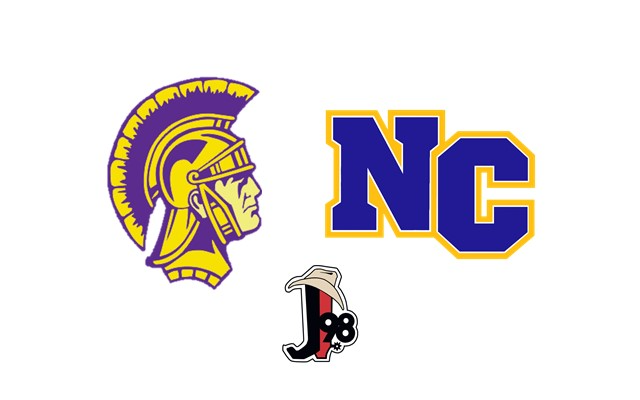 North County received the opening kickoff and was forced to punt after three plays, but the Raider defense forced a turnover on downs on the ensuing drive.

After that, North County couldn’t be stopped. The Raiders drove 67 yards down the field with the help of Jobe Smith.

The North County defense forced a punt and started the next drive at the Potosi 34-yard line. It took them two plays to score again.

North County got another stop and Smith took the first play of the Raiders’ drive into the endzone.

Jobe scored again at the top of the second quarter.

Then Smith got an interception and returned it inside the Potosi 10-yard line. That setup his quarterback to get in on the scoring.

North County got the ball back before the half and Grant Mullins knocked in a field goal from 18 yards out to make it 38-0 nothing at the break.

Potosi could have rolled over, but the Trojans came out fighting. They got the second half kickoff and drove 73 yards down the field to get on the scoreboard.

Blake Coleman was able to find Luke Brabham late in the game to give the Trojans another touchdown.

Jobe Smith was the Applebee’s of Farmington Player of the Game after running for 256 yards and 5 touchdowns on 18 carries. He also got two interceptions on the defensive end.