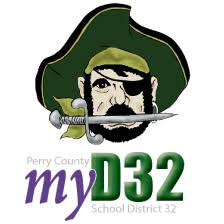 (Perryville) We now know who the new superintendent of the Perry County 32 School District will be.

Current Superintendent Andy Comstock announced a few months ago that he would be retiring at the end of next school year.

He explains why he made that announcement over a year early.

This is the sixth school year Andy Comstock has been superintendent at Perryville.

When he retires on June 30th of 2023, Comstock will have been the leader of the school district for a total of seven years.