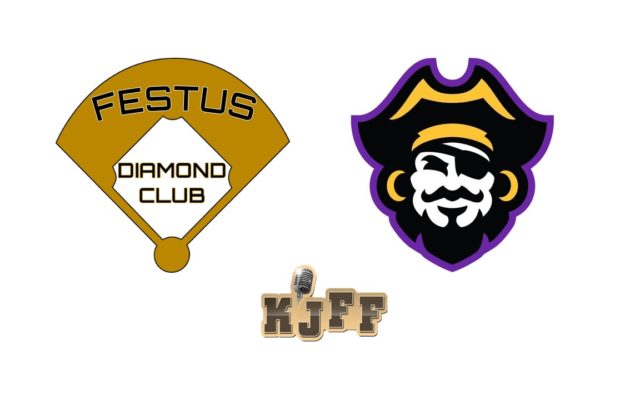 The Potosi Pirates put on their hitting shoes and slugged past the Festus 253 Diamond Club 13-2 in 6 innings Thursday night.

Festus jumped out in front with both of their runs in the top of the first, but starting pitcher Dakota Dowd shut 253 down for the rest of the night.

The Pirates woke up their bats in the bottom of the third, with Luke Gaia delivering the biggest swing.

With the bases loaded again in the sixth, Ethan Matthews put the icing on the cake.

The Pirates finished with 13 hits, one of their highest totals of the season.

Head coach Jake Swain said he finally got the big night from his lineup that he was looking for.

Dowd was named Applebee’s Player of the Game, allowing just one earned run on 5 hits and 4 walks in 6 innings pitched and racking up 10 strikeouts.