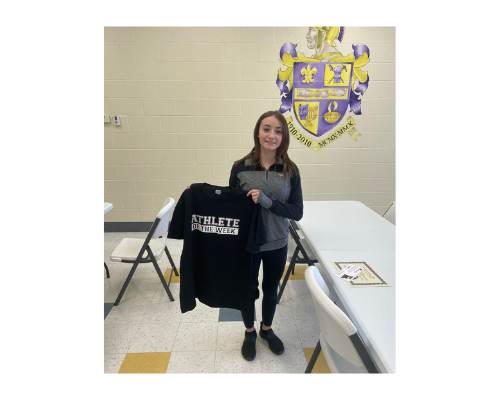 (Potosi) The Applebee’s of Farmington Athlete of the Week is Potosi wrestler Allison Missey.

The sophomore finished second in her district tournament this past weekend and became the first girl in Potosi high school history to qualify for the state tournament. Missey tells us what it means to have that honor.

Missey found out she was going to State after pinning her opponent in the district semifinals, the third consecutive match she had won by fall. Missey says a knee injury made it difficult at times but she persevered.

Missey was trailing at some point in all three of those matches. When she’s behind in points, the sophomore relies on the people in her corner.

Missey tells us what her coaches have meant to her.

She’s already made history but the journey continues another week. The State tournament takes place next Thursday, February 17th through the 19th at Mizzou Arena in Columbia.