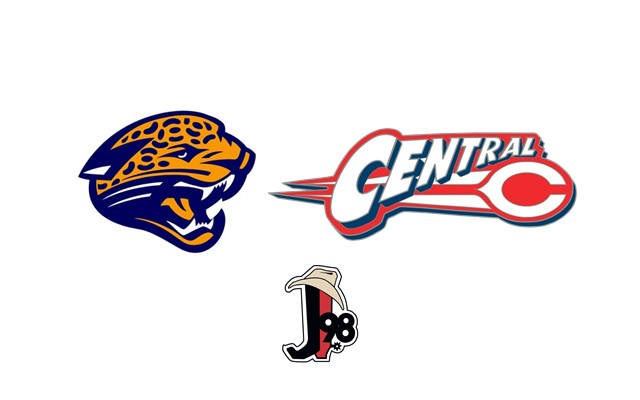 (Park Hills) Seckman handed Central their first loss of the season in a thriller tonight heard on J98. The story of the night was Jaguar quarter back Cole Ruble. He started the scoring off with a 2 yard touchdown plunge.

Seckman blocked the extra point but holder Ty Schweiss kept the play alive and ended up converting the two point conversion putting the Rebels ahead 8 to 7. Central added a Justin Bridges 39 yard field goal to extend their lead to 11 to 7.

Seckman scored on their next possession, Cole Ruble took it 26 yards.

Central fumbled the ball on their own 39 yard line setting Seckman up to score before the end of the half.

The second half was just as exciting as both teams continued to battle back and fourth. Central received the opening kickoff and marched 65 yards to cut the deficit to three.

Central went back to the air for their next score as Jett Bridges connected with Grant Manion and converted the two point conversion to cut the lead to just one point.

Another two yard touchdown plunge from Ruble gave him 5 total touchdowns on the night and was named our Applebee’s of Farmington player of the game. He finished with 401 rushing yards on 40 carries and the five scores.

After the game, Rebels head coach Kory Schweiss said that even in a loss their are lessons to be learned.

Jaguar head coach, Nick Baer was emotional after the game, he had nothing but pride in his heart.

Baer had some high praise for his sophomore quarterback.

Central scored one more time to make the score 33-35 and had an opportunity to win the game in final minutes. Seckman was able to force a turnover on downs and ran the clock out to claim the victory. Seckman moves to 4-2 on the season and Central drops their first game of the season falling to 7-1. It gets harder for Central next week as they face a Farmington team that runs a similar style of offense to Seckman. Seckman plays Parkway South next week.