(STE. GENEVIEVE, Mo.) – The North County Raiders won 10-7 Saturday afternoon over the Valle Catholic Warriors to take third place at the MAAA Conference Baseball tournament on KREI. The two teams got hot at the plate in the later stages, with 11 total runs scored in the fifth and sixth. After the Warriors took a 7-6 lead in the sixth inning, North County’s Briley Smith delivered a big knock.

Smith finished with four RBI for the game. Raiders head coach Chris McLain talks about the homer from Smith.
With the win, North County advances to 16-8 on the season while Valle Catholic falls to 16-9. The two teams will square off once again on Tuesday with pregame coverage starting at 4:15 p.m. on AM-800 KREI and mymoinfo.com.FULL BOX SCORE: 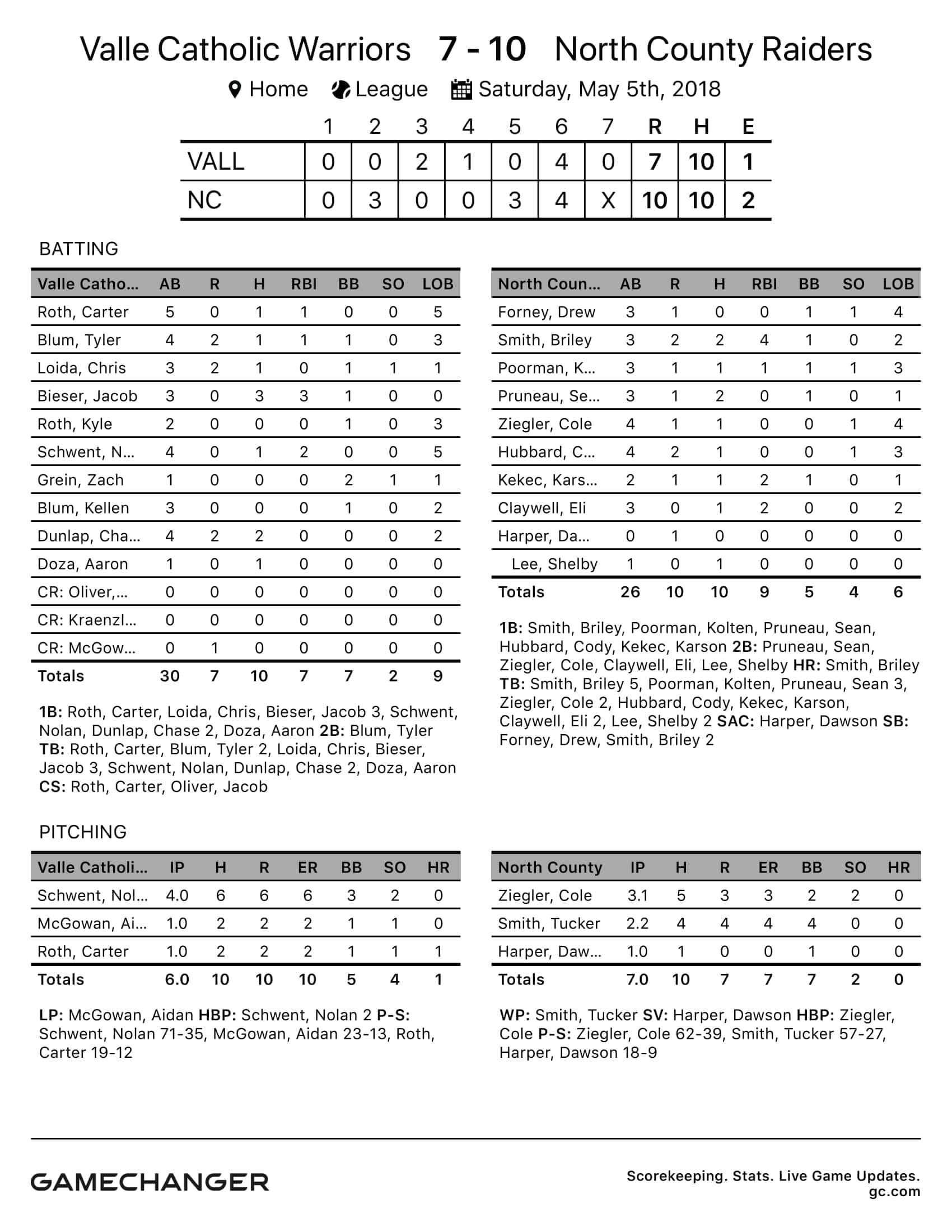