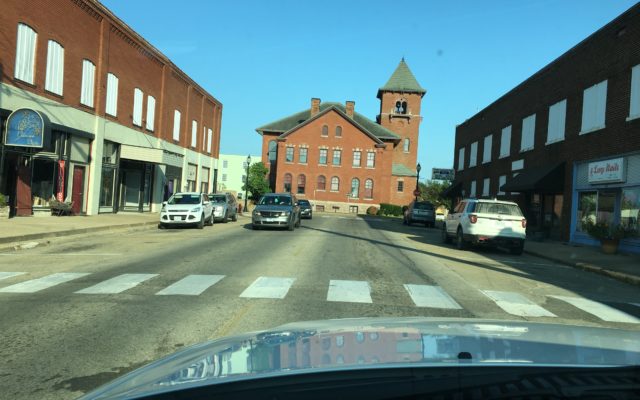 (Fredericktown) More problems in Madison County because of thunderstorms.

Last week, flash flooding forced the evacuation of a couple dozen citizens who lived near rising water around Fredericktown.

Now, a strong thunderstorm that moved through Madison County in the 3 o’clock hour on this Monday afternoon caused some power lines and even a power pole to come down, along with a power outage at the courthouse in Fredericktown, along with other places in Madison County.

This information comes from the National Weather Service.

The weather bureau was also sent a picture of the power lines and pole that were down on the ground.

They believe the lines and pole down, along with the power outage, were caused by strong winds and not lightning, which was also a part of this strong thunderstorm.