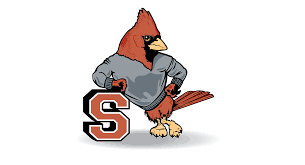 (Steelville) The man who has held the superintendent position for several years at the Steelville School District will be leaving at the end of this school year.

Mike Whittaker says he’s getting a new job but he gets to stay in his hometown.

Whittaker says he will be busy right off the bat with his new job.

We asked Whittaker about his biggest accomplishments while leading the Steelville School District.

She’s currently the superintendent at the Jasper School District, which is located west of Springfield, Missouri near the Kansas border.

She also studied abroad in France and in Quebec.