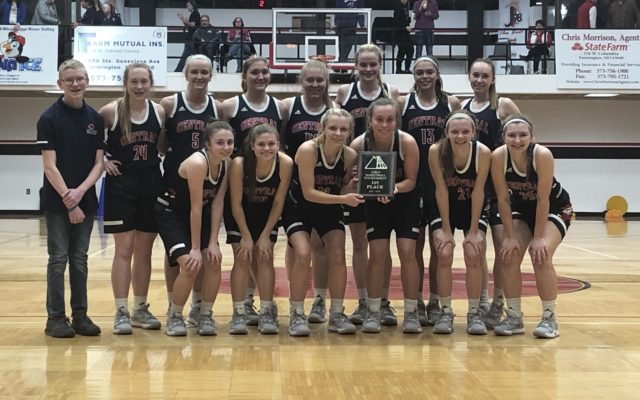 The MAAA Tournament came to a close tonight and the first game of the night saw the girls of Ste. Genevieve face the Knightettes of Farmington in the 3rd place game on J98. Ste. Gen came out strong in the first half leading 23-13 thanks to some three-point shots from Sydney Bumgardaner. Ste. Genevieve won the contest by a final score of 45-34.

Marysa Flieg was our Applebee’s of Farmington Player of the Game  as she had 12 points and couple of key plays like this one.

In the championship game the Central Lady Rebels battled the North County Lady Raiders. Central led 20-5 after the first quarter and found themselves up at the half 30-20. The Raiders tried to creep their way back into the game but the Rebels kept on answering everything they put up. The Lady Rebels defeated the Lady Raiders 62-48 to win back-to-back conference tournament titles.

Sophia Horton was our Applebee’s of Farmington Player of the Game with 26 points.