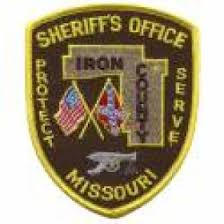 The first one happened at about 10 o’clock the night of November 24th when Sheriff Jeff Burkett was patrolling around the Goodland area in the western end of the county.

The sheriff pulled over a vehicle driven by 33-year-old Scott Matthew Selle.

The sheriff was given permission to search the vehicle and he apparently found syringes, one with a liquid that tested positive for methamphetamine.

Other drug paraphernalia was also found.

The news release says Selle was arrested for possession of methamphetamine, possession of drug paraphernalia and operating a motor vehicle while suspended or revoked.

The following day on November 25th around 2 a.m. in the Ironton area, the news release says the sheriff made contact with 40-year-old Louis Franklin Beucke II.

Beucke allegedly attempted to give false information on his identity.

The sheriff then searched Beucke’s vehicle and apparently found items used for methamphetamine.

Beucke was arrested on the charges of possession of methamphetamine and paraphernalia and operating a motor vehicle while suspended or revoked.