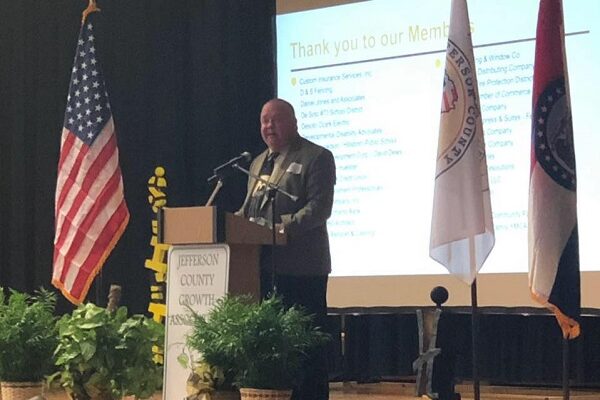 (Jefferson City) The Missouri Legislative session begins on Wednesday and Jefferson County will have several freshman State Representatives that will serve for the first time. One of those is 114th State Rep. Ken Waller of Herculaneum. Waller says he wants to meet with area leaders to get a feel for what they would like to see happen down the road.

Waller says he’s hoping to be selected for the Transportation Committee and Budget Committee.

Waller served as the Jefferson County Elections Clerk for the past few years and the Elections Committee as one of his choices as well as Workforce Development.

Waller is not the only new face from Jefferson County heading to the state capitol this week. Gary Bonacker of House Springs is Rep in District 111, David Casteel of High Ridge is the new Rep in District 97, Renee Reuter of Imperial in District 112, and Phil Amato of Arnold in District 113. Cindy Buchheit-Courtway of Festus is the lone returning State Representative in District 114, as she begins her second term in office. On the State Senate side, Mary Elizabeth Coleman of Arnold begins her first term in District 22, while Elaine Gannon of DeSoto returns in District 3. Gannon was not up for re-election this past year as her current term expires in 2024.