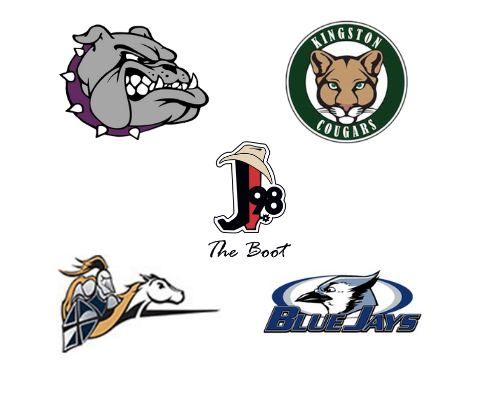 (Frankclay) The top two seeds, West County and St. Pius, advanced to the Class 3 District 3 Championship Baseball game with semifinal victories in Frankclay on J-98. First up, West County took down Kingston 12-2. Mason Simily gave the Bulldogs all the runs they would need in the third…

That was part of a five run third inning for West County.
J.D. Whitter supplied a double and a home run and leadoff hitter Julian Thebeau went three for three, was on base four for four with two runs and a sac fly. Caden Merrill got the win over five innings of work and five strikeouts.
Coach Bobby Simily says there was a lot to like about the way his team played…

Tate Ramey was steady on the mound. He threw four and two-thirds, giving up three hits, but no runs. He didn’t strike anyone out, but he didn’t walk anyone. Coach Dan Oliver appreciated the shut out…

St. Pius moves on to the championship game against West County at 19-6. Jefferson ends the season at 9-15. We’ll broadcast the Class 3 District 3 championship Thursday with a 3:45 Fliegs Equipment Pregame Show.