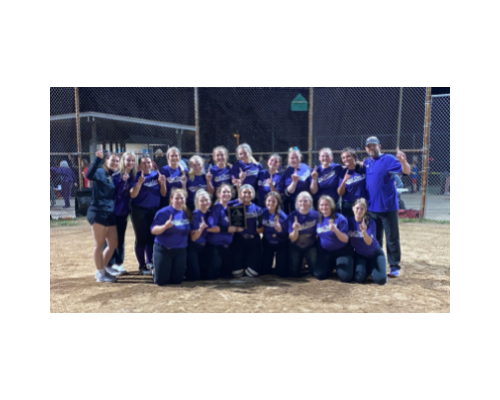 In the championship, Central held a 1-0 lead for the first five innings. In the top of the 6th, West County had runners on the corners with one out…

West County found themselves in a jam in the bottom half of the inning when Central loaded the bases with one out. Bulldogs pitcher Gracie Wright was determined to keep it a 1-1 ballgame…

In the top of the 7th, the first two Bulldog batters couldn’t reach base. A two-out single by Riley Kawelaske and a passed ball put her at second. Then Sierra Halter came to the plate…

An RBI double by Wright made it a 3-1 ballgame heading to the bottom of the 7th. Central put runners on first and third with two outs but came up short.

West County entered the tournament on a five-game losing streak and a 4-8 record but knocked off three of the top teams in the conference to take home the title.

Gracie Wright was the Applebee’s of Farmington Player of the Game with 6 strikeouts in the circle and stranding 10 Rebel runners. She helped herself at the plate going 2-4 with an RBI and a run scored. West County coach C.J. Wright talks about the impact Wright has on the team.

Wright finished the tournament throwing 20 innings and striking out 20 while giving up just three runs. She said this was a game she was not going to lose.

In the 3rd place game, Valle Catholic junior Macy Wolk put her team on top early with a shot to left field.

The Trojans rallied in the 7th and and reclaimed the lead thanks to freshman Maggie Williams.

Two more runs made it 7-4. Valle got one back in the bottom of the inning but that would be it.

Potosi’s Sami Huck was the Applebee’s of Farmington Player of the Game pitching six innings and striking out 17. Huck was 4-4 at the plate with two runs scored.

Williams was 2-4 with 4 RBI and her coach Mariah Coleman says she was made for moments like that.