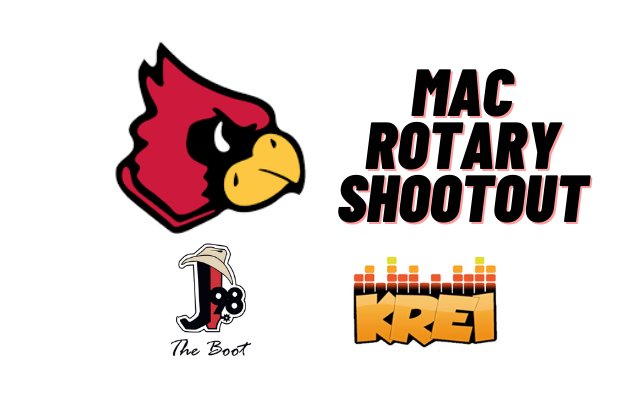 (Park Hills) We brought you six high school games from the Bob Sechrest Fieldhouse in Park Hills at the St. Francois County Rotary and Mineral Area College shootout Saturday on AM 800 KREI and J-98 the Boot.

The Potosi boys defeated West County 67-58 in our first game of the day. West County led through a quarter and a half of the game until Potosi went on a 21-6 run in the first half. The Trojans took an 18-17 lead and never gave it up from that point on…

Sophomore Carter Whitley was the Applebee’s of Farmington Player of the Game 31 points. Potosi coach Jackson Conaway was proud of his teams’ effort…

The Class Four 6th ranked Central girls had no problem with Warrenton. The Warriors were without their starting point gaurd and center and the Rebels made them pay. Central went up 24-3 by the end of the first and never looked back.

Halle Richardson and Khloe Dischbein each scored 12 for Central as they improved to 7-1 on the year. Coach Josh Mapes liked how his team scored early…

Central improves to 7-1 and will be the two seed in their Christmas tournament against 7th seeded Ste. Gen on December 26th.
Warrenton falls to 3-4.

—————
The Farmington boys got on track with a 77-49 win over the Fox Warriors. The Knights recorded 20 assists and made 14 three-pointers in their second win of the season. Sophomore Logan Schaupert was the Applebee’s of Farmington Player of the Game by leading his team with 23 points and six threes…

Knights coach Garrett Callahan was pleased with the ball movement…

The Farmington girls beat previously unbeaten St. Vincent 51-36. The Knights went on top by 11 at the game and stretched the lead to 17 early in the third, but the Indians went on a 21-10 run to make it a six point game in the fourth. In the end it was too much Jade Roth for the Knights….\\

Roth finished with 24 points and 10 rebounds and Farmington closed the game on a 11-2 run. Coach Rusty Sancegraw says Roth established a milestone in the win…

Farmington improves to 9-2 and will play in the Rockwood Summitt tournament over the holidays.
St. Vincent will be the second seed at the Delta tournament at 7-1.

The top-ranked South Iron Panthers were tested in the first half against St. Pius, but South Iron pulled away for a 63-43 victory. The South Iron defense recorded 15 steals in the win. Senior Martez Burse had nine of those steals…

Burse was the Applebee’s of Farmington Player of the Game with 31 points and nine rebounds too. South Iron coach Dusty Dinkins talks about his teams’ defense…

North County scored the first 12 points of the game against DeSoto and ran away with a 70-47 victory to close the high school portion of the shootout. Andrew Civey bullied his way to 24 points and 15 rebounds. He was the interior force, but guard Layne Wigger added 23 with a variety of moves…